Frog Hop 2.4.0 is here, and with it comes some very significant updates for the Level Editor! Within the editor itself, you can expect the following changes:

That’s not all that is included with this update, though… There is a one new feature which is a total game changer for making dynamic levels. Introducing trigger zones and target zones! Trigger zones can be activated either by the player walking into them or from a toggle switch. When triggered, they can activate another switch, or even change the music mid-level.

But the real magic comes from using both trigger zones and target zones together. A target zone allows activating multiple switches/blocks at once. Simply resize the target zone in the level to cover the area you want it to impact, set the target_types, and connect a toggle switch or Trigger zone to activate it. You may want to reverse flowing water in a certain section of the level, without affecting water elsewhere - target zones allow you to do just that. They also open up tons more possibilities, including triggering multiple switches at once, or even chaining multiple trigger/target zones together. 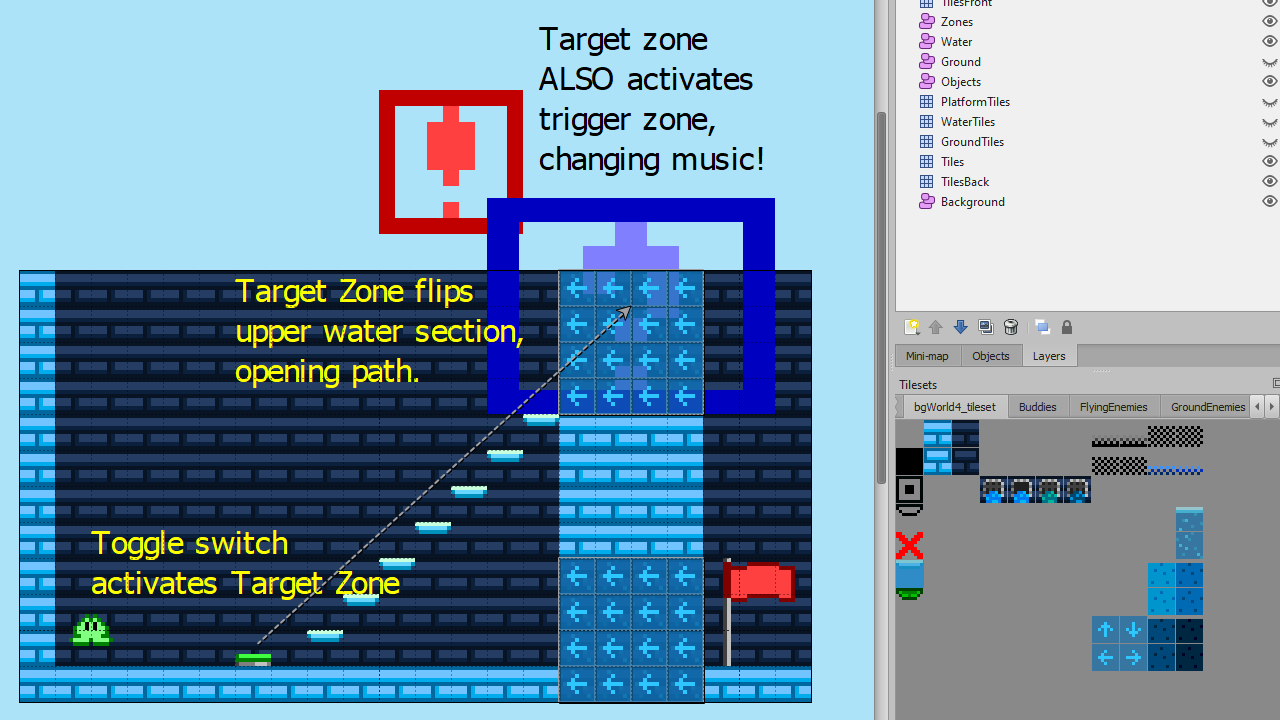 These new features give creators lots of new ways to let their creativity run wild, but we know that it can be a little daunting to learn all the ins-and-outs. Consider joining our Discord server if you need help with anything or have any feature ideas!

Alongside these changes, the in-game menu for Custom Levels received a complete overhaul. Previously, the game relied on extensions to open a file dialog for selecting a level to play. This had several drawbacks, like not being accessible with a controller, inconsistency with Linux distributions, and incompatibility with older versions of MacOS. (In addition to increasing the difficulty of building new releases.) 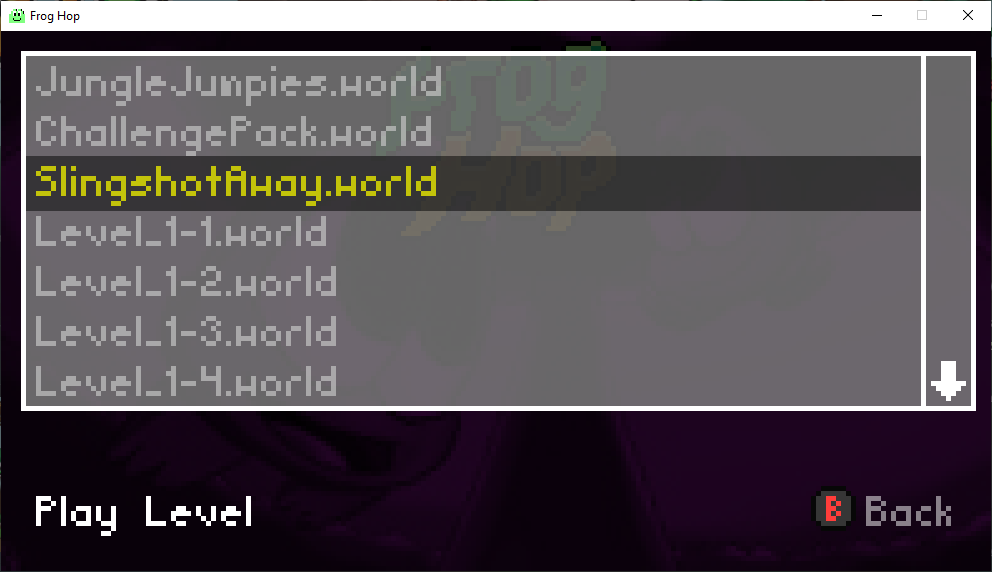 The new menu allows you to select levels to play from a list. This list is populated from .world files located with your LevelEditor/Levels folder. While this does require players to keep there levels at a specific location, it is worth the trade-off in order to support more control schemes and platforms.

As part of this change, the level editor can no longer be launched from the game directly. Instead, you should open the editing tool (Tiled) manually outside of the game. As a reminder, you can download Tiled for free from mapeditor.org. Once installed, unzip the Level Editor zip in your Frog Hop install and launch the FrogHopTiled.tiled-project to get going.

Due to a bug with the engine Frog Hop uses, the Linux build isn’t able to handle paths with capital letters. As such, Linux users should use the Linux-specific level editor download, as all the files have been converted to lowercase here. You will also need to keep this in mind as you name your files/folders.

A cute and quirky classic adventure platformer about a Frog named Hoppy searching for his frog friend Jumpy.